The slope also used to become waterlogged in the winter, as there was no ultimate drainage due to the low wall splitting the grass and the concrete path.

Four years ago we donated, and laid a series of our honeycomb grass mats M52L to cover the entire grass area. This worked very well at first and the grass growth proved phenomenal considering the destructive force of an accelerating greyhound’s claws.

However, the winter of 2015/16 proved so wet that the collected water under the mats turned the soil into quicksand and the mats sank. We hoped that even then, when the grass started to grow in the spring of 2016, the problem would solve itself. Of course, it didn’t happen for the sunk mats, apart from keeping the soft mud level, were less than useless.

The company donated a pallet of new honeycomb mats and our wonderful staff volunteered to donate their weekend to cure the problem for the kennels. The first task was to lift the lower section of the existing heavy, mud logged mats – using the new Fieldguard Gripper for the first time. It was a baptism of fire, for the mats were both slippery, muddy and exceedingly heavy. The Gripper performed splendidly, once we’d worked out that it needed dunking in a bucket of water between each lift to remove the sticky, slimy mud.

They then dug a trench and laid a French drain between the bottom of the slope and the low wall, levelled it with earth, laid ground stabilisation mesh M9 and dropped the new honeycomb mats on top. The whole pinned down with the metal U pins (M9P).

It was then re-seeded and, notwithstanding the dogs still using it all as their private race track, you can well see the results starting to emerge after just a month of growth.

The kennels are also very happy with the result, for it now means no more mud encased doors and walls from muddy paws and they will soon be looking out on a constantly verdant green area – calling it a lawn would be stretching the point.

We now wait to see how it all fares next winter!!! 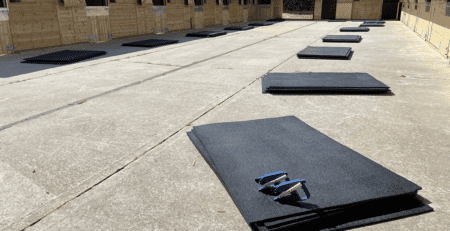 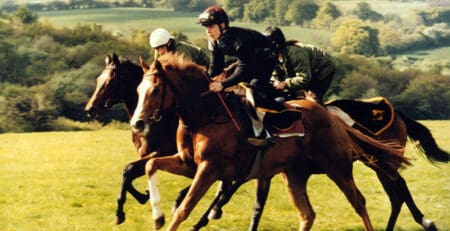 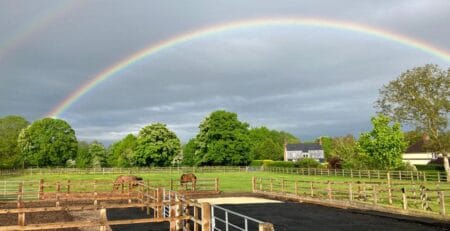 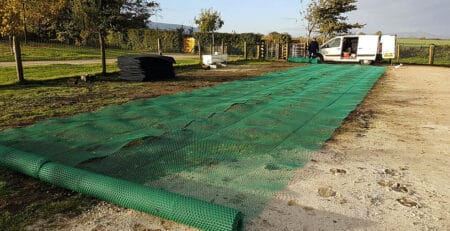 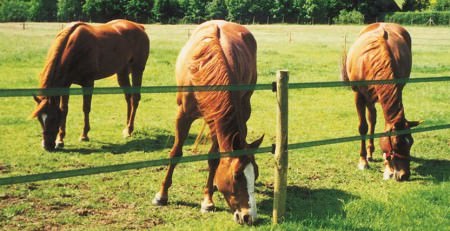 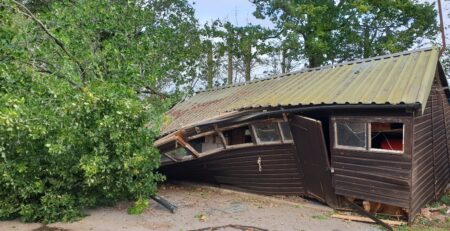 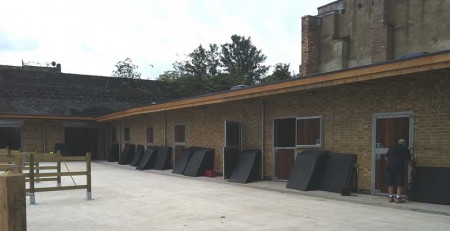 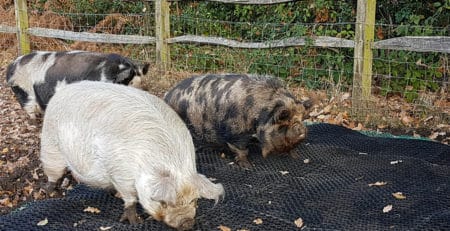